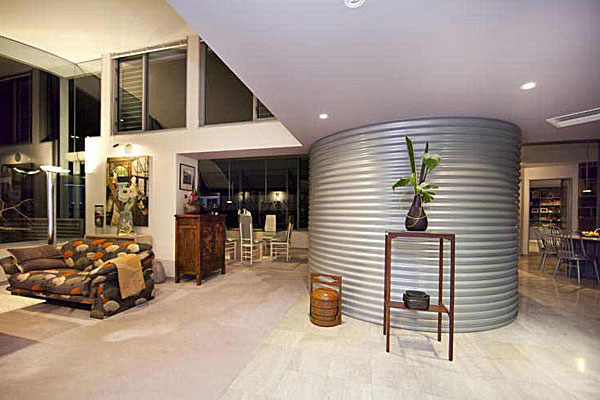 Redevelopment of a leafy Griffith site with an ultra modern home that was ahead of its time both in design and use of materials. Melbourne architect Harvey and Waters created the complex design that used curved corrugated sheeting and natural stone.” 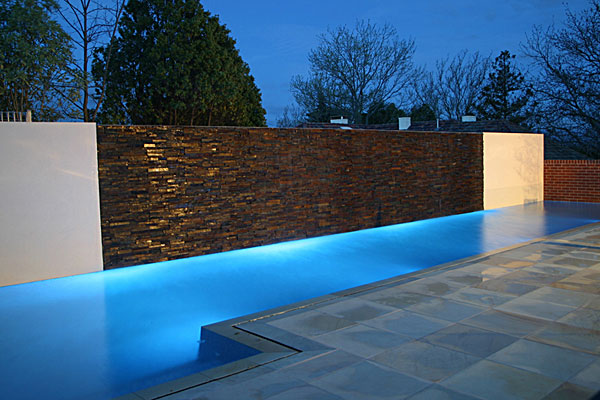 The brief here was to convert an Kenneth Oliphant design house built in 1943 to a large modern home with a large basement car park while maintaining a discrete street appearance. The outdoor living areas and their integration into the home via large bi-fold doors and continuous indoor and outdoor floor finishes were the key to the project.” 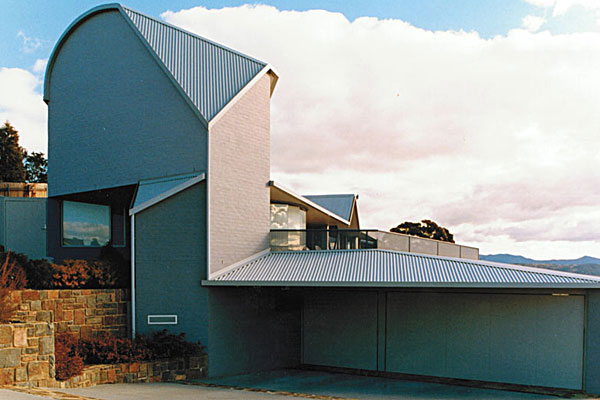 This site in Calwell has panoramic nothern views over Canberra which is unusual as most of the striking views in the city are to the west. This, combined with a steep site with a long east west axis, allowed Architect Harvey and Waters to design a striking residence with indor pool with sensational views from nearly every space.” 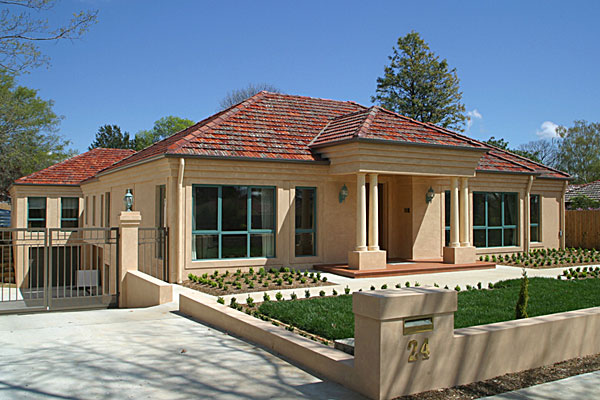 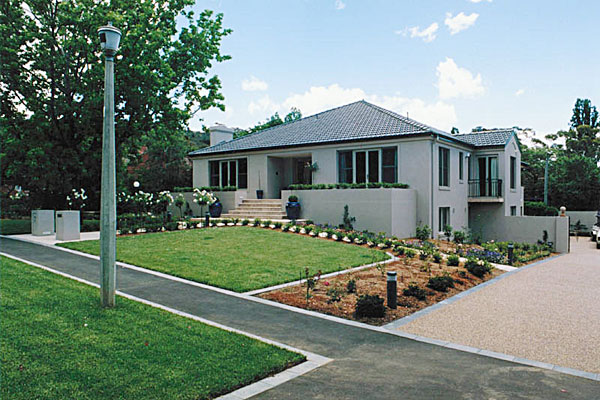 Architect Bill Douglas designed a formal looking home in this leafy area of Forrest. A huge basement carpark is well disgiused from the street. Classic internal fiout makes the home a timeless piece.” 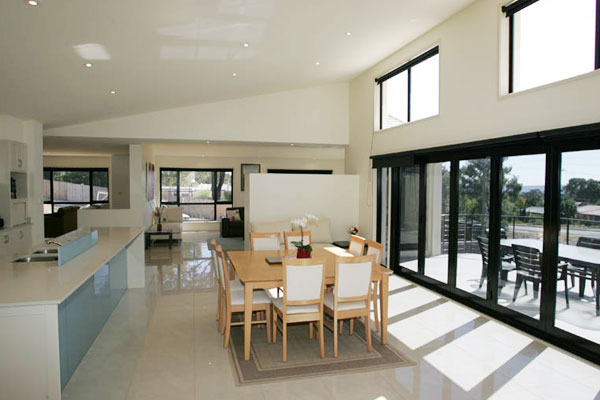 Finalist, Custom Built Home $400,000 – $600,000? This project was a rebuild of home destroyed by the 2003 bushfires. The original owners rebuilt a new home to meet their curent lifestyles.. 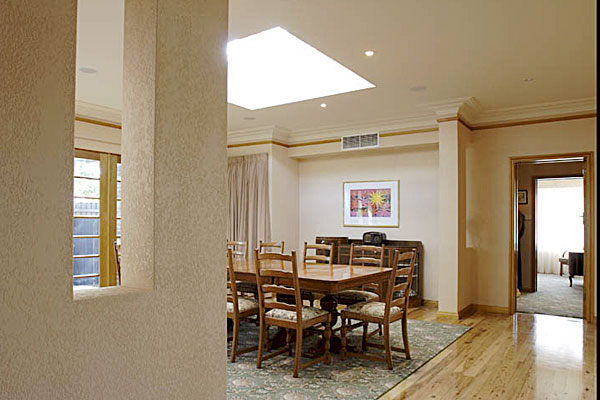 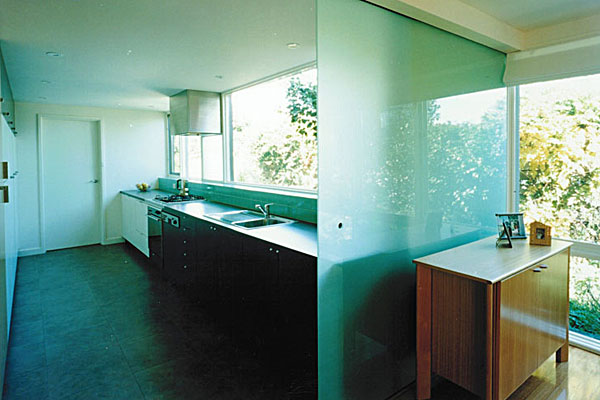 Merit, Extension and renovation $50,000 to $90,000 “ This project was fundamentaly restoration work and brought and 60?s architectural home up to current standards.” 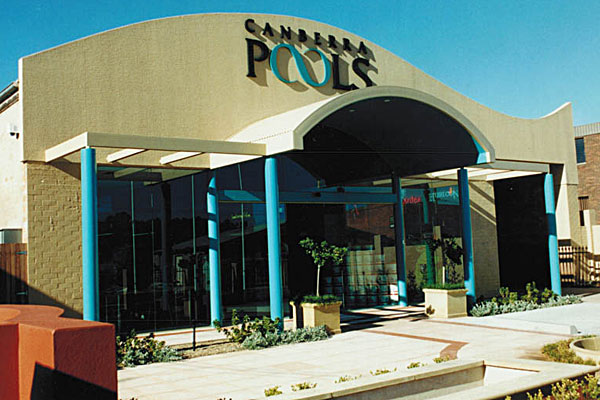 This herritage listed home was completely reconstructed including the whole of the roof and all internal finishes. The result was a virtually new home that retained all of the character of the original cottage but met the living needs of a young modern family.”

An aging warehouse building in busy Barrier Street Fyshwick was convereted into a modern shownroom for a pool products company. 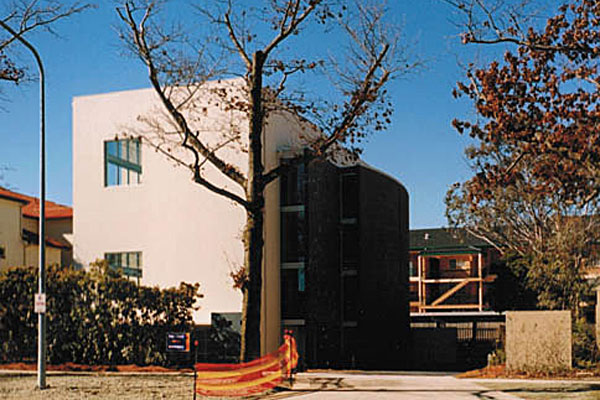 Nine townhouses were constructed all with views over the Pitch and Putt Golf Course in Frlong Road Queanbeyan.

These three terrace houses took full advantage of a uniquite site with street access to two boundaries. The units maximised solar access, provided an office space above a garage fronting the rear lane and private outdoor space accessible from both the main unit and the studio.” 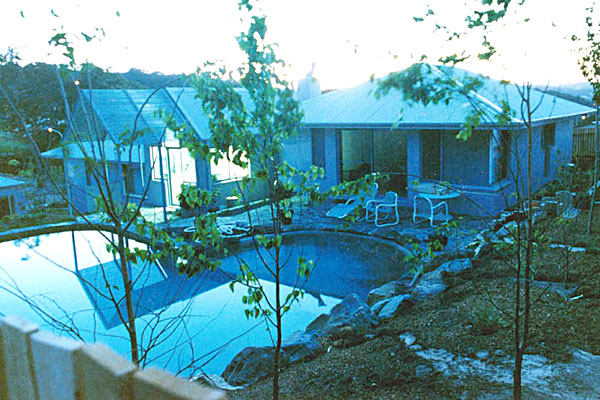 This classically designed home is as suitable for the market today as when it was constructed.”